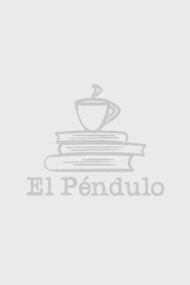 A History of Ancient Greece

We Greeks are one in blood and one in language; we have temples to the gods and religious rites in common, and a common way of life. So the fifth-century historian Herodotus has some Athenians declare, in explanation of why they would never betray their fellow Greeks to the enemy, the
barbarian Persians. And he might have added further common features, such as clothing, foodways, and political institutions. But if the Greeks knew that they were kin, why did many of them side with the Persians against fellow Greeks, and why, more generally, is ancient Greek history so often the
history of internecine wars and other forms of competition with one another? This is the question acclaimed historian Robin Waterfield sets out to explore in this magisterial history of ancient Greece.

With more information, more engagingly presented, than any similar work, this is the best single-volume account of ancient Greece in more than a generation. Waterfield gives a comprehensive narrative of seven hundred years of history, from the emergence of the Greeks around 750 BCE to the Roman
conquest of the last of the Greco-Macedonian kingdoms in 30 BCE. Equal weight is given to all phases of Greek history -- the Archaic, Classical, and Hellenistic periods. But history is not just facts; it is also a matter of how we interpret the evidence. Without compromising the readability of the
book, Waterfield incorporates the most recent scholarship by classical historians and archaeologists and asks his readers to think critically about Greek history. A brilliant, up-to-date account of ancient Greece, suitable for history buffs and university students alike, Creators, Conquerors, and
Citizens presents a compelling and comprehensive story of this remarkable civilization's disunity, underlying cultural solidarity, and eventual political unification.